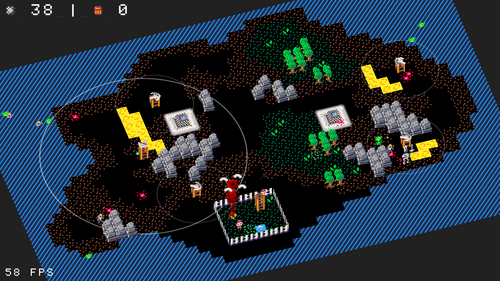 We have lava! Lava is just a natural obstacle that enemies will have to avoid. It's also not possible to place anything else on/in lava. At this point ;)

New enemy: giant swordsbot. Slower but it has a LOT of hit points and it can't be crushed by dropping blocks. This enemy will spawn less frequently and in the current test build it won't spawn randomly, but you can spawn one by pressing X on the keyboard.