Local co-op and a bunch of other stuff! 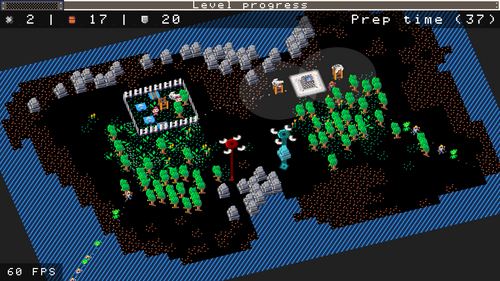 Local drop-in co-op multiplayer has arrived! It’s very basic for now and still a work in progress and needs a lot of testing, but it’s there. The second player can be controlled by the keyboard (arrow keys to move, Enter to beam, PageDown to cycle blueprint menu) or a second gamepad.

Also in this update:

We have a few major gameplay mechanics scheduled to be implemented, but right after those we’ll focus on balancing and level design since everything is too easy. Expect tougher enemies, harsher waves and adjusted resource values soon ;)